Fusion is on track – in science and business models 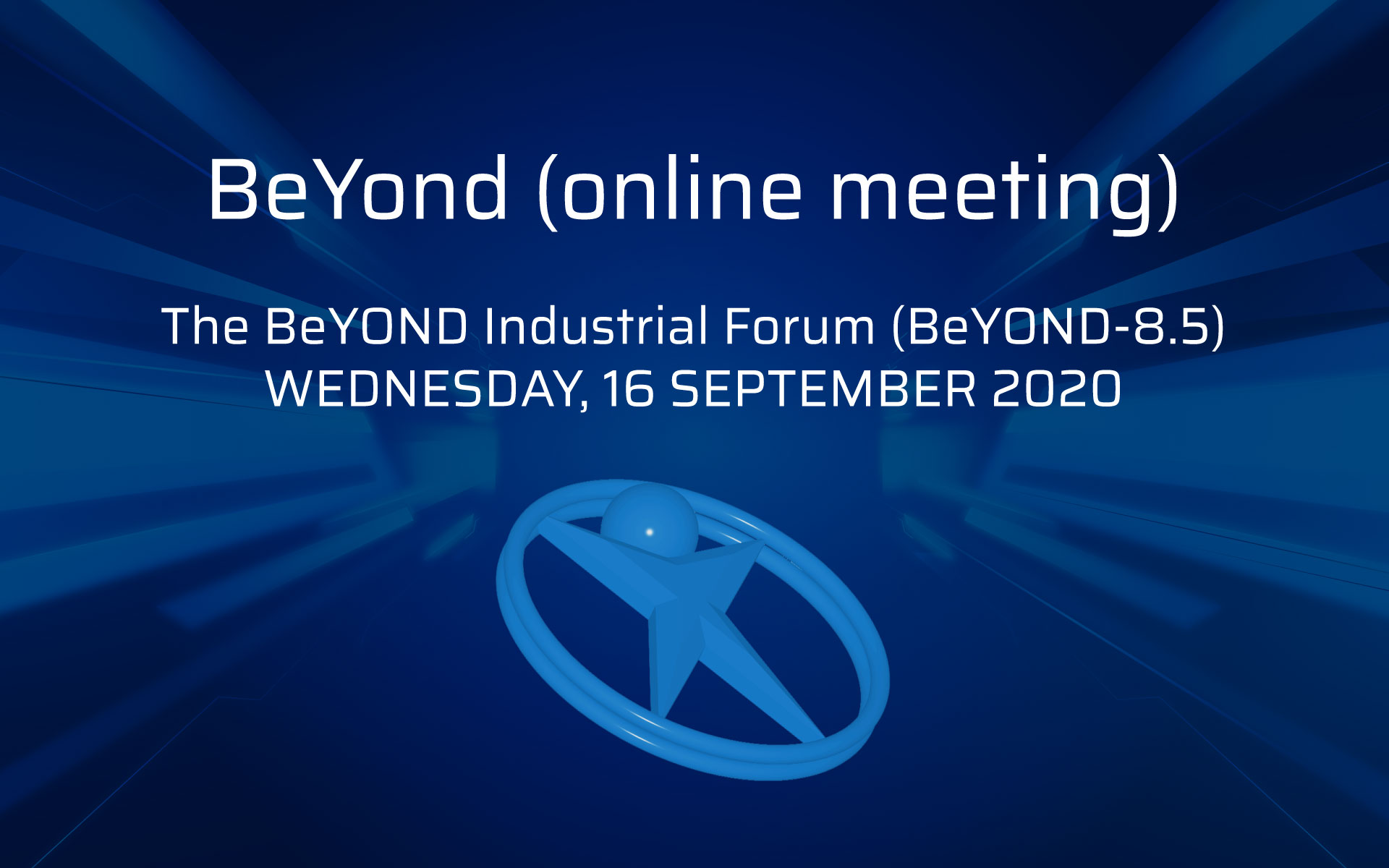 Around the world, 2020 has been a year full of challenges. This global pandemic, unprecedented in modern times, has forced many organisations to adapt to a new way of working, and this has been no different for the BeYOND Industrial Forum. To continue the exchange of ideas on fusion for the future despite these constraints, in place of our usual two-day in-person workshop it was decided that BeYOND would be taken online as a 2-hour virtual event; BeYOND-8.5.

The fusion industry is well accustomed to challenges, of course, as was anecdotally highlighted by Aniceto Goraieb in the opening presentation. According to the Star Trek timeline, only 43 years remain to develop a Warp Engine powered by a fusion generator. Mr. Goraieb is not only an avid Star Trek fan but also CEO and founder of the Karlsruhe Beryllium Handling Facility (KBHF), and Executive Partner of Fusion for Future. KBHF’s contribution to fusion development as an ITER transfer company has been advancing through the development of their Lithium Ceramics Facility. This facility will come into operation in 2021, enabling the production of ceramic breeder material for ITER Test Blanket-Modules. 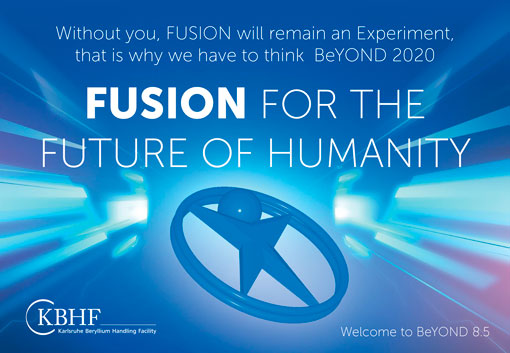 The keynote address was delivered by Dr Hans-Henrich Altfeld, Head of Project Control Office at the ITER Organization (IO) who provided insight into the complexities of such a large, multi-national scientific collaboration, and an update on the progress of the ITER project. Total construction is >70% complete heading towards First Plasma in 2025. COVID-19 has had an effect, like with many industries. With international lockdowns occurring in phases from east to west, delays accumulated. Nonetheless, ITER was able to keep the delays under control overall. In particular, on-site construction works remained in progress as everything concentrated on the critical path works to keep moving towards 2025. The IO also embraced the virtual world this past summer, celebrating the start of the tokamak machine assembly with a live broadcast hosted by French President Macron, statements from other world leaders, and a tour of the work site. The interest generated by the event was reflected in the mainstream media internationally. 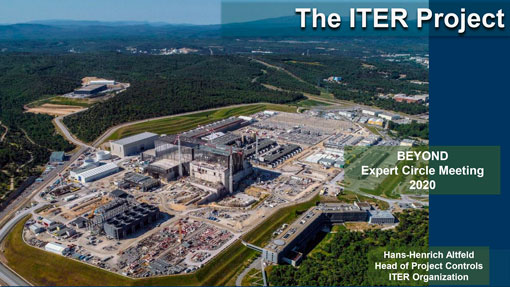 Prof. Allan Offenberger then introduced the Fusion Energy Council of Canada. This national organization grew from an Alberta based non-profit society and advisory group, the Alberta/Canada Fusion Technology Alliance (A/CFTA). Setting the scene for fusion in Canada since the 70s, Prof. Offenberger relayed the challenges faced, culminating in the termination of federal funding for the National Fusion Programme in the 90s. Fortunately, a number of Canadian universities and industry centres have maintained or initiated programs in key enabling technologies, resulting in wide-ranging capabilities with tritium and approaches to fusion confinement, expertise in materials, instrumentation, lasers, computing and systems engineering. Together with smaller materials and instrumentation companies and larger engineering companies, there is capability but not an overall national strategy in fusion. It is the position of the Fusion Energy Council of Canada that fusion will become the primary source of energy and the Council is therefore determined to promote Canada’s strategic participation in its development.

Presentation topics moved into beryllium-related R&D next, with Dr Pavel Vladimirov speaking about beryllide development at KIT, in co-operation with the Ulba Metallurgical Plant in Kazakhstan.  Dr Vladimirov compared beryllium and beryllide compounds as neutron multiplier materials, showing that beryllides have higher melting temperatures, lower chemical reactivity, higher irradiation resistance, and significantly lower tritium retention than pure beryllium. They are ideal neutron multiplier materials, but until now have been difficult to produce in the necessary quantities. The feasibility of industrial-style fabrication of beryllides was investigated, and a titanium-beryllide (TiBe12) block was produced using standard industrial equipment, showing that this is a scalable production method. A sample of the material was then tested under thermocycling to determine if it could withstand the temperature variations expected in a DEMO Reactor, and the sample survived with no cracks or severe oxidation observed. He believes that this material presents a production route for the huge quantities needed for a DEMO Reactor. 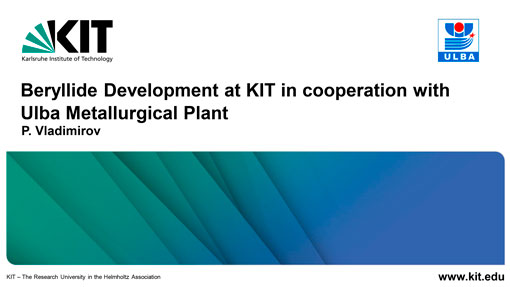 Kathryn Creek of Beryllium Solutions International followed with a presentation on the pursuit of an effective exposure metric for monitoring beryllium in air. Work by NIOSH in the US has shown that mass-based exposure limits may not be the best indicator of risk. Total particle number deposited in the lung, combined with skin exposure, would seem to be a better indicator. This is because each location in the lung where a particle is deposited can be a site of damage. For example, one million 0.01-micron ultra-fine particles have the same mass as a single 1-micron particle. Using mass-based exposure limits views these two scenarios at the same risk level. The Deposited Submicrometer Particulate (DSP) method developed by NIOSH has shown good correlation with Beryllium Sensitization (BeS) and Chronic Beryllium Disease (CBD) case rates, but it’s a complex method and has never put in place by regulators, possibly due to this complexity. Kathryn presented an air monitoring and analysis technique based on particle counting per cubic centimetre (cc), taking the NIOSH 7400 Asbestos method as an example, and recommended collaborating with academia, regulators, health & safety organizations, etc. to expand interest and include other metal allergens to gain further support. 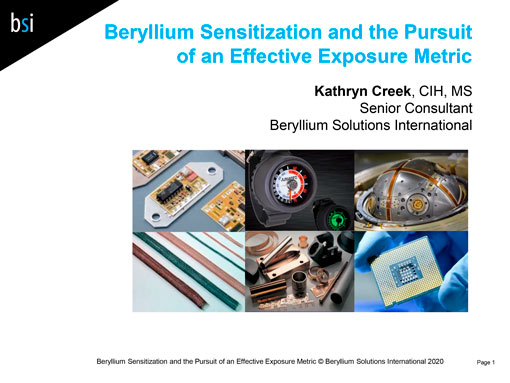 The penultimate segment centred on progress reports from two commercial fusion companies. Michael Paluszek, president and founder of Princeton Fusion Systems, presented the Princeton Field-Reversed Configuration (PFRC), a compact nuclear fusion power plant. Small reactors are valuable across civil and military markets in terms of distributing remote and portable power, particularly during emergencies. They could also be used in space applications such as propulsion, asteroid deflection, and even going beyond the solar system. The PFRC is a mirror machine with a field reversed configuration, similar to MRI in complexity. While still in the relatively early stages, this approach is seen as cheaper and faster to develop than other fusion concepts, and simpler too, as it doesn’t require tritium breeding. Princeton Fusion Systems are working on a range of projects, including:

Proposals are in progress with the U.S. Air Force to design a complete mobile plant, and there are research projects on Energy and Ash Removal Shell (EARS), shielding and heat engine. Funding support has been received from NASA and the US Dept of Energy. 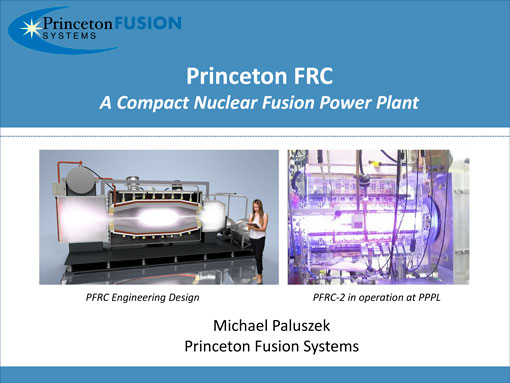 Dr Francesco Volpe, CEO and CTO of Renaissance Fusion, presented another alternative to tokamaks: stellarators. The Wendelstein 7-X Stellarator has been operating in Germany since 2015, rivalling tokamaks in performance. Renaissance Fusion is now picking up the baton in the private sector to address commercial feasibility. The company is located in Grenoble with a subsidiary in Houston, Texas, USA and combines 5 technologies:

As with Princeton Fusion Systems, it is an exciting time for Renaissance Fusion and commercial fusion as the business continues to grow. They have three patents currently in progress, and their business partnerships focus on the development of liquid-metal pumps for other fusion companies and collaboration on research with a range of universities and through membership of the Fusion Industry Association. 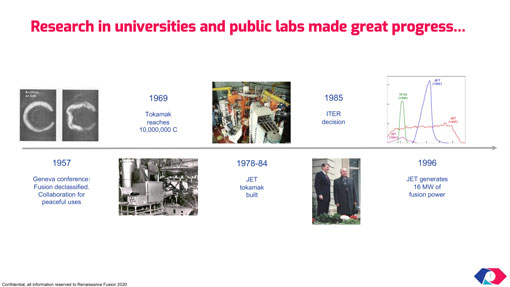 Dr Markus Lemmens was the final speaker, introducing the book project Catch the Star, which is due to be published by Autumn 2021. The publication of this book aims to collect relevant stakeholder opinions on fusion energy and technology; perpetuate international debate; give access to the thinking behind fusion energy and technology research, making it understandable for a broader audience of stakeholders; build on the public interest in the run-up to ITER First Plasma in 2025 and promote the debate to find a pathway to a diversified mixture of energies; and give readers a better understanding of the various perspectives surrounding fusion energy and technology. The book covers the following topics and the introduction will be provided by Dr Bernard Bigot, Director-General of the IO: 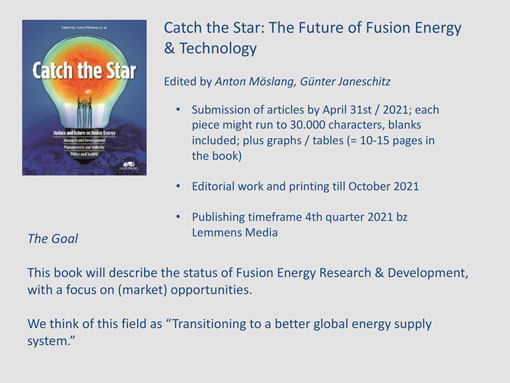 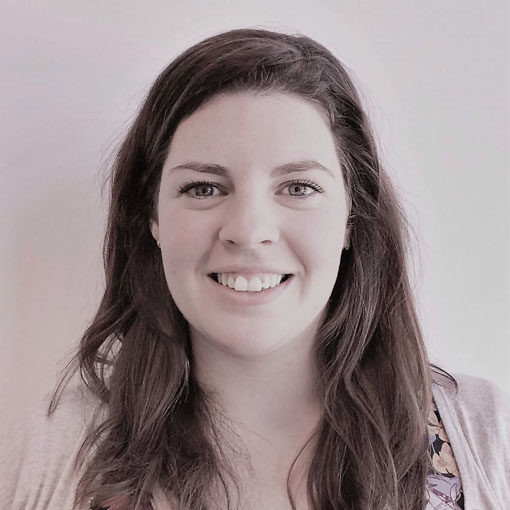 Eilish McKeon is the Hazardous Substances Advisor for UKAEA’s Health Physics Dept, having joined the Beryllium Business Development Team in 2019. She received her MSc in Climate Change from the National University of Ireland, Maynooth, in 2014, leading to a graduate scheme placement with UK-based health and safety solutions company, Alcumus. There she gained qualifications through NEBOSH and the British Occupational Hygiene Society (BOHS), going on to work as an Occupational Hygiene Consultant in the UK and Ireland.